Glasgow Print Studio is pleased to present the fourth in the series of exhibitions bringing together the outstanding work of four well-respected Royal and Royal Scottish Academicians.

A passion for mark making is the common thread which ties together four seemingly disparate artists. Landscape & abstract paintings and prints sit comfortably together in Academicians IV, each expertly created by skilful modern masters of painting & printmaking. 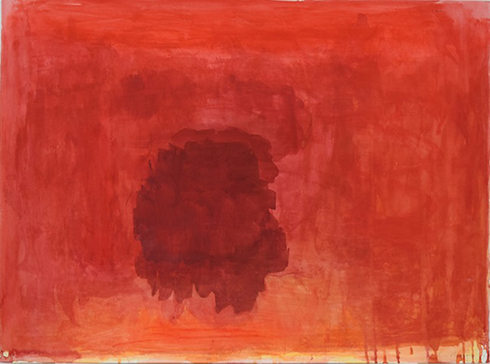 “When we look at colour we are seeing, or rather experiencing, the world’s innocence. By this I mean without the entanglements and overgrowths of meaning. Whether this insight is true or even possible, it feels true”

Christopher Le Brun works with colour and texture to make paintings, sculpture and prints characterised by directness of the artist's touch. His paintings were included in the emerging artists section of the 1982 Venice Biennale, and he has since exhibited around the world. His work can be found at MoMA, the Metropolitan Museum of Art, Art Gallery of New South Wales, Tate and in University collections from Tasmania to Yale. Shortlisted for the Ebbsfleet Commission, his public sculpture commissions can be seen in the City of London and the marina at St Helier, Jersey. He has been President of the Royal Academy of Arts, London, since 2011. 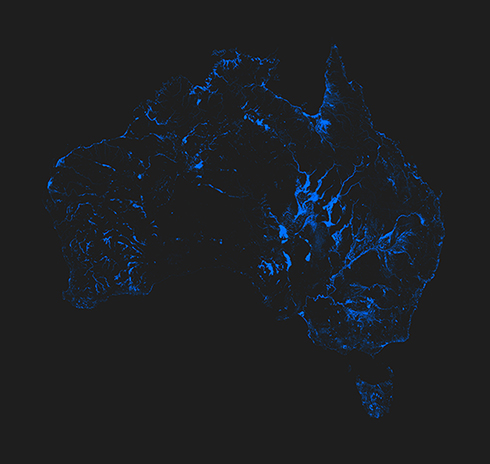 Annie Cattrell was born in Glasgow and studied Fine Art at Glasgow School of Art and the University of Ulster, and Ceramics & Glass at the Royal College of Art. Cattrell is Reader in Fine Art and Research Group Leader in Fine Art and Photography at De Montfort University. Since 2014 she has been Lead Artist for the New Museum Site at Cambridge University a ten year major redevelopment. Recently she completed a large scale sculpture commission called Resounding for the new award winning John Henry Brookes building designed by Design Engine for Oxford Brookes University.

Cattrell works closely in dialogue with specialists in neuroscience, meteorology, engineering, psychiatry and the history of science. This cross-disciplinary approach has enabled her to learn in depth about these fields and informs her cutting-edge research. She is particularly interested in where art, science and the poetic meet. 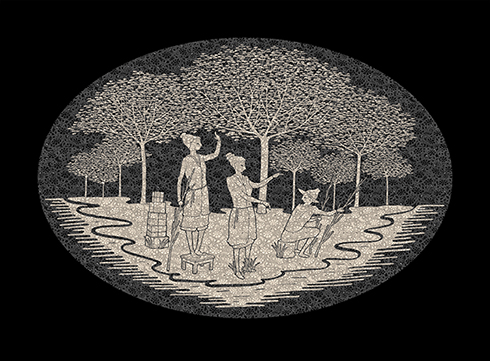 Stephen Chambers describes printmaking as 'his creative second language'. Primarily a painter, he came to printmaking relatively late. He works with a variety of print studios depending on the nature of the projects involved. Whereas his painted work is largely a solitary activity, the prints are a collaboration with the printers he works with. An idea will germinate and, depending on the process, a decision will be made on how to develop it.

His printed work includes etching, screen, lithography, wood cut and potato print. In 2012 he made The Big Country, at twenty metres long, possibly the largest screenprint ever printed in an edition. Whereas the two screenprints shown in Glasgow Journey without Maps (East) and Journey without Maps (West) are a fusion of the analogue with the digital: high-spec and complicated prints, Heaven on Earth is a potato print; grown in the mud, cut on a kitchen table and printed in gold.

Stephen Chambers has printed several artist's books, collaborating with poets and chefs, and designed three stage sets for The Royal Ballet. He was elected an RA in 2005.

Recent exhibitions include The Big Country at the Royal Academy, London in 2012, and the Pera Museum, Istanbul in 2014.

Upcoming is The Court of Redonda, an exhibition shown at Ca' Dandolo as part of the 2017 Venice Biennale. 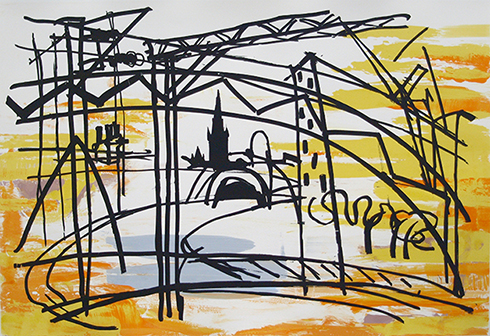 “Some of the most compelling views I have ever encountered have been experienced through the window of a moving train. Thinking on trains, drawing from trains, composing on trains- ever since trains were invented so too was the sliding sideways view and the time to think creatively.  I have examined the nature of this looking through a two part ‘capturing’ of that experience translated into a printmaking process here at Glasgow Print Studio.“

Kate Downie RSA is an American-born Scottish landscape artist. Her work has been exhibited extensively in the UK as well as in China, Australia, Norway, Holland, France, and the USA. She has received numerous awards and residency placements over her career, and is represented in public and private collections worldwide. In the past 5 years the artist has studied ink painting and contemporary culture in China through many visits and residencies, including lessons in Chinese seal carving with a master calligrapher in Beijing in 2015. Solo touring exhibitions in Scotland, most recently with her ground breaking 'Shared Vision' series and Great Wall prints reflect the result of this prolonged relationship.

Her continued exploration of human travel has been inspired by recent journeys though Australian river estuaries, Japanese train systems and American highways, and for this exhibition, train journeys across Scotland.