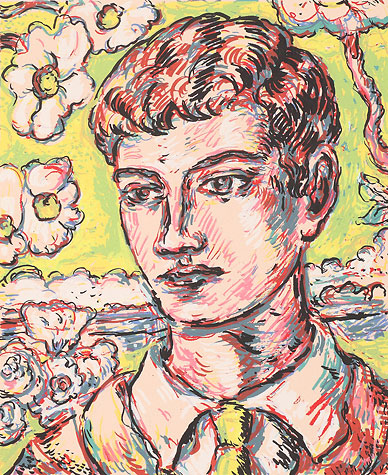 
Wiszniewski's paintings and prints are often figurative, but never wholly realistic. Inspired by the work of Matisse, Wisniewski has also been influenced on a conceptual basis by artists such as Bruce McLean and Gilbert & George.