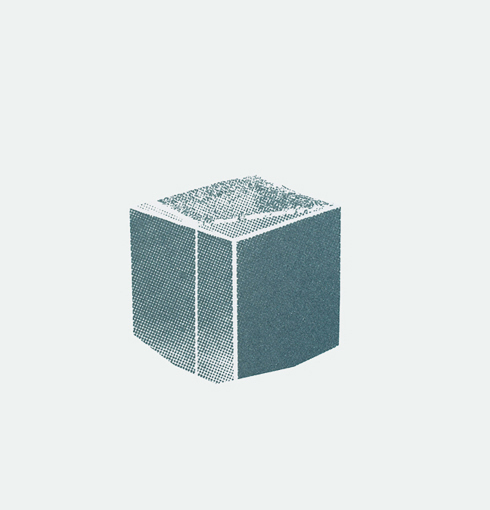 Knock Knock is a series that uses screenprint, embossment and laser cut plates to consider frames of reference. Conceived as retrospective visual ripostes to “just jokes”, the works reflect on the origins and effects of this type of humour. Monochromatic, structural, and static, they are imbued with the struggle to articulate adequate responses.

Flatness is given form through coalescing slices of image, material and process, mirroring a translation from media to lived experience. The underlying question moves from one of intention to one of contagion - how, when, and why does something become aware that it has unwittingly become something else?

These works were constructed by superimposing silhouettes of unrecognisable body parts (and bodily references) belonging to female politicians and artists, such as hair or a lower leg, on three-dimensional geometric shapes to create low-tech drawings.

The source images of body parts were extracted from news media and other digital sources. They depict Helen Clark - former frontrunner to be the next Head of the United Nations (2016), Head of the United Nations Development Program (2009-2017), Prime Minister of New Zealand (1999-2008), and person with hair; EF and LB - artists with common body parts; Priscilla Finkenauer - home-baker (1966-ongoing) juicing a lemon to bake a Lemon Yoghurt Cake; Nicola Sturgeon - First Minister of Scotland (2014-ongoing), leader of the Scottish National Party (2014-ongoing), and person with legs (as observed by Sarah Vine in her 2017 article in The Daily Mail “Never mind Brexit…”); and Eva Hesse’s Accession II - a lidless box made of aluminium mesh perforated by 29,000 holes and penetrated into its interior by thousands of tubes. 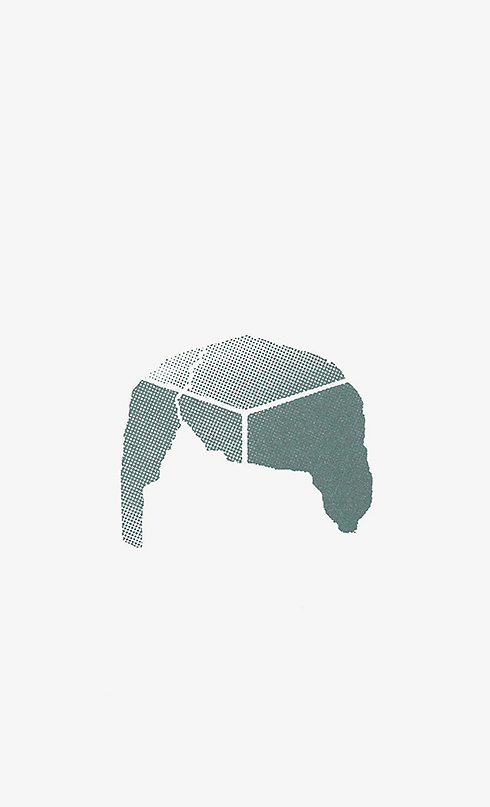 Elke Finkenauer (of New Zealand and German descent) is based in Glasgow. She has a Master of Fine Art from The Glasgow School of Art (2015). Finkenauer’s recent and upcoming exhibitions include Something to Remember (2018 & 2019) at Gus Fisher Gallery/The Suter Art Gallery, New Zealand, and Members Club (2019) at Gus Fisher Gallery. Her solo exhibitions include Priscilla (75) & Friends: A Portrait (2018) at #24hrwindow, Glasgow, Saturday Safari at Glasgow Project Room (2017); Approximately Bacon at The Old Hairdresser’s (2016); Going Spare at Lust and the Apple, Midlothian (2015); and escape (!) in association with El Refri at Govanhill Baths, Glasgow (2015).

In 2018 Finkenauer was awarded the Glasgow Visual Artist and Craft Maker Award and the Hospitalfield Summer Residency. She received a commendation for her submission to the West Dean Tapestry Commission (2016); was a recipient of the Gilbert Bayes Scholarship whilst at GSA (2015); and was shortlisted for the Aesthetica Art Prize (2014).