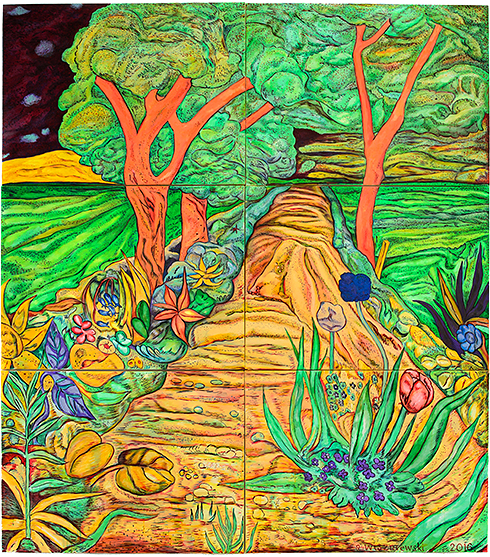 In 2015 Adrian Wiszniewski was awarded a Creative Scotland Award for a 2 year project called 'National Identity Through Landscape' where he traveled throughout New Zealand and Scotland and drew from geology, geography and history to develop an understanding of what lay before him.

This exhibition is the culmination of the artist's investigations to date where the unique resources of the Glasgow Print Studio have been utilised in developing and articulating a new visual language intrinsic to subject matter that in our present political climate has particular significance. 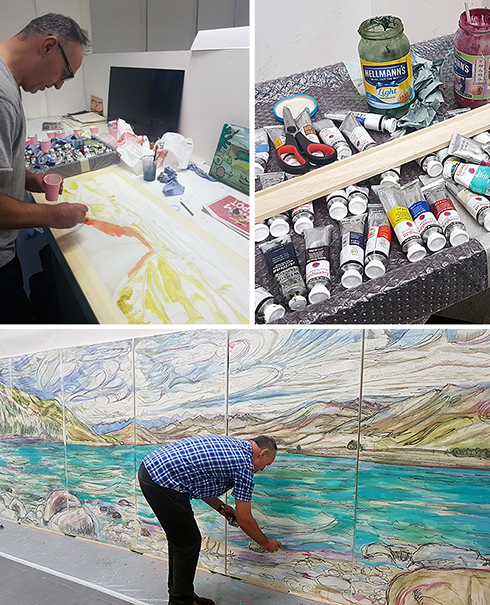 Adrian Wiszniewski RSA HonFRIAS HRSW (b.1958 in Glasgow) initially studied at the Mackintosh School of Architecture before completing a Degree in Drawing and Painting at Glasgow School of Art in 1983. He is a leading figure of the 1980's group of artists who brought about the resurgence of imaginative, figurative painting, influenced by Sandy Moffat OBE RSA, artist and lecturer at Glasgow School of Art. Others in the group included Ken Currie, Steven Campbell and Peter Howson and collectively they became known as the 'New Glasgow Boys'. Wiszniewski's paintings frequently represent pensive, wistful figures set in ideal pastoral paradises, often large in scale, using vivid colours and employing different paint media.

An acclaimed contemporary Scottish painter and printmaker, his interest in architecture and design has led him to a range of projects and collaborations including speculative outdoor architecture, poetry, writing plays and fashion design. He can be considered a polymath of this artistic age much like his contemporary’s John Byrne and Alasdair Gray. 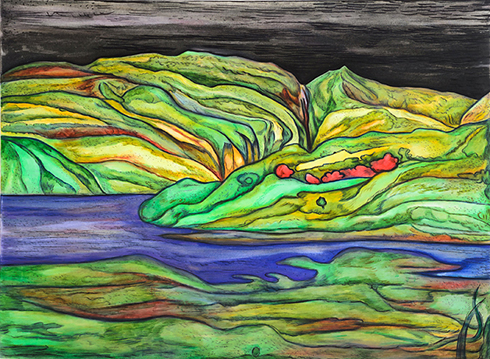 Click here to view more works from the exhibition