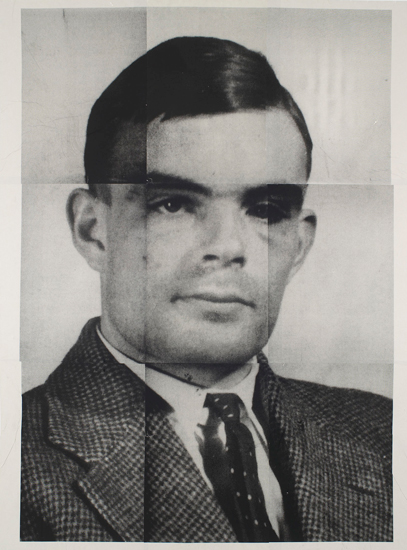 
The exhibition will feature painted portraits of a range of characters from various strata of society chosen by the artist for their relationship to issues of media, technology and justice.

The show will feature portraits in oil, but will also include sculpture and large scale screen prints, strategically contrasting the various media employed in order to explore issues regarding both the subjective, and also the social or civic relevance of art (especially painting) in the age of the mass media - the so called information age.

The real, contemporaneous people depicted in the exhibition (whom the artist approached personally) will sit beside more iconic, and historical figures. For example, the artist went to New Zealand to photograph Kim Dotcom, the controversial internet entrepreneur, currently fighting extradition to the USA on a $500 million racketeering charge regarding internet piracy; This will sit beside paintings of Samuel Goldwyn: the man who started Goldwyn pictures, now MGM international. Goldwyn, the originator of the MGM trademark, "Ars Gratia Artis" or "Art for arts sake", will symbolically represent the complexities of the relations between old and new media: the relevance of the individual artist's expression versus the media conglomerates who dominate our present day culture.

Other notable characters who's portraits are in this exhibition include Peter Gutmann, Derek McGill, Emory Douglas and Gordon Jarvie.

Peter Gutmann is a renowned cryptologist, who developed “The Gutmann Method” the industry-standard, 35 pass erasure method for secure deletion of information on magnetic media. He also helped write PGP 2.0 : a computer program called "Pretty Good Privacy" the worlds first widely available "strong" encryption. At that time Gutmann's research was regarded by the government as ‘munitions’ and subject to military licenses. (His partner in this endeavour, Phil Zimmermann, is currently in the news because he supplied the encrypted mail services for the American whistleblower Edward Snowden, who is currently in exile in Russia for disclosing the extent of Western government surveillance)  The Gutmann portrait will be one of an ongoing series of paintings depicting the contemporary players in the crypto-community.

Derek McGill OBE. is currently the governor of HMP Barlinnie (Her Majesty’s Prison) in Glasgow, Scotland, and recently posed for the artist. The artist also had exclusive access to the prison and photographs from the prison will feature in the exhibition as large billboard-sized screenprints.

Emory Douglas is a Los Angeles based printmaker who was the minister of culture for the Black Panthers from 1967 onwards. The printmaking and flyposting  techniques he has  employed (similar to Russian agitation and propaganda posters) was an alternative way of disseminating  Information in the face of corporate media monopoly. Fullerton's ongoing series of  large gallery-based flyposted screenprint installations reference these kind of grass roots artistic initiatives.

Gordon Jarvie is a Scottish ex-member of the British Special Forces (SAS) currently resident in Germany.